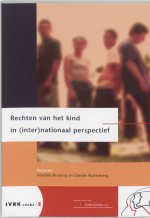 My wife Robin Kimbrough-Melton and I were privileged to join in honoring our friend Jaap Doek. Jaap has long been an articulate and compassionate advocate for children and a thoughtful commentator about the significance of law in children’s lives. Of course, Jaap has put those ideas into action both in the domestic context as a judge and in the international context as chair of the Committee on the Rights of the Child of the United Nations, among other posts.

It is thus fitting that I have been asked to address the question of the utility of the Convention on the Rights of the Child (CRC) as an instrument of social change. I am mindful in that regard of the irony of such an exposition by a citizen of the United States, one of two countries that are signatories but not yet parties to the CRC itself.